The Politics of the South Africa Run: European Shipping and Pretoria

Some time after this book went out of print, now many years ago, I found a message on my answer-phone from a London businessman involved in South African shipping. He asked if I were ‘the G. R. Berridge who had written the book on the politics of South African shipping’ and, if so, could I help him find more copies. On admitting to authorship when I returned his call, he said that he had managed to secure a copy for himself but was constantly in danger of losing it to other members of the South African shipping community, who had discovered its manifold virtues too late. Thus flattered beyond my feeble powers of resistance, I sent him one of my two remaining copies and promised to explore the possibility of a re-print. OUP, however, did not think this ‘viable’ – despite the abundant evidence of pent-up demand in at least two Cape Town office blocks. Fortunately, it still turns up on the second-hand market, of course, and as I write (April 2017) I see that 4 copies are available via abebooks.co.uk. and 11 on Amazon.

The book is based on work in archives throughout South Africa, at the Public Record Office in London (now the ‘National Archives’), and above all among the papers of the British & Commonwealth Shipping Company at their offices in St. Mary Axe in the City of London and on the premises of the ‘Conference’ controlling the trade, then located in New Bond Street, London. It was access to these private files, zealously guarded until generously opened to me by the late Lord Cayzer and the then Conference Chairman, the late Mr Neil M. Forster, that give the book its authority. With my assistance, the Joint Meeting Minutes of the South African Conference Lines were subsequently transferred to the National Maritime Museum at Greenwich.

I was particularly pleased with the reviews, which can be read here. 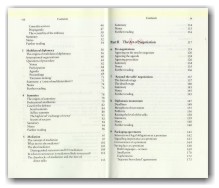